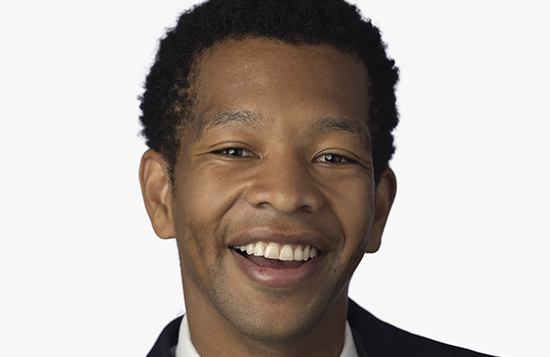 In December 2020 Chris Ellis was named program officer for healthy children & adults. Before that, he was the social change in philanthropy fellow in the Program department where he conducted research on policy issues to inform the Foundation’s efforts to reform systems that create barriers to individuals exiting poverty. He participates in designing and refining initiatives such as our Juvenile Justice and Single Women Raising Children projects. He also responds to applications for funding across our various grant-making portfolios.

Throughout his work and volunteer history, Chris has demonstrated a genuine commitment to improving communities. He has held various roles in philanthropic and community development efforts, including as a public policy liaison for the Colorado Association of Funders, where he facilitated communication between Colorado’s foundation community and state policy leaders to maximize the impact of local funding. More recently, he was partnership director for Early Learning Outcomes at the United Way of Salt Lake in Utah. During his three years in that role, his responsibilities included the development of a strategy to increase the number of minority and refugee students who were enrolled in high-quality preschools and supporting the creation of an innovative financing model to fund their access. He also helped to establish partnerships with diverse stakeholders, including nonprofit and local government representatives.

Chris is a member of the inaugural cohort of The Pittsburgh Foundation’s New Philanthropic Leaders program, which launched last year and awarded funding to organizations serving single women raising children.

Outside of work, Chris loves exploring Pittsburgh with his fiancé, Erin. He also really enjoys running through the numerous neighborhoods and parks and trying out the city’s restaurants and breweries.