The Eben Demarest Fund supports the work of independent creative artists and archaeologists from across the United States.

The fund was established by Miss Elizabeth B. Demarest in 1939 in the name of her father as an expression of their shared interest in the arts and world cultures. For many years, Miss Demarest taught a course on the History of Civilization at the institution that has become Carnegie Mellon University in Pittsburgh, Pennsylvania. She envisioned the fund as a means of providing financial freedom for individuals to devote themselves to continued work in the arts and archeology.

Recipients must have produced significant work in their chosen fields and demonstrate special promise for future achievement. Each year, trustees accept nominations from a rotating pool of nominators from archaeology programs and established nonprofit arts and cultural organizations.

Since its establishment, over 50 individuals have been supported by the Eben Demarest Fund.

For questions or more information, please contact Taren Lumley, Research Association, Center for Philanthropy, at lumleyt [at] pghfdn.org or 412.394.2622. 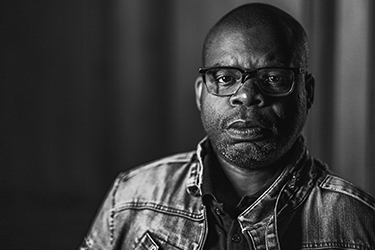 Gavin Benjamin combines original analog photography and appropriated images with collage, paint and varnish to create rich, luxurious works that call back to baroque traditions. He uses elements of current culture to provoke, critique and explore. Benjamin was born in Guyana, South America and raised in Brooklyn, New York. His heritage and experience as an immigrant are focal points of his practice. The Demarest Award is the first major art prize that Benjamin has received and will provide him with time and freedom to develop new, potentially more challenging, work.

For the past two years Benjamin has been working on his series, “Heads of State,” which takes inspiration from his family and friends, honoring their lives and ancestry while marrying today’s culture with the past. It’s a colorful world, conjuring an intersection of media, fashion, politics, pop culture and design. While this series continues to be a cornerstone of his oeuvre, his new work will take a more overtly political tone as Benjamin grapples with the events of the past four years.

With the funds from the Demarest Award, Benjamin also plans to expand on his residency at the Westmoreland Museum of American Art. For that project he will be producing a new body of work for a fall 2022 solo exhibition at the museum, which will feature photographs shot in the museum’s galleries of the African American and immigrant community members in Westmoreland County. This new work aims to resituate these historically marginalized groups into the discourse of American art.

This fall Benjamin is presenting new work for “Food Justice,” an exhibition at the Society for Contemporary Craft in collaboration with Jason Forck from the Pittsburgh Glass Center, and for “Home,” an exhibition at the Mattress Factory’s Monterey Annex of work by African American artists based in Pittsburgh. Both exhibitions open in September. He also plans to purchase equipment and hire a part-time assistant. 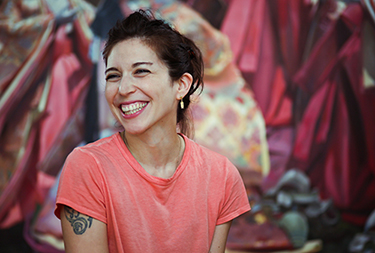 Daniela Kovačić’s passion for figurative painting stems from her belief in the power of representation, transforming sensitivities and psychology into permanent forms through the canvas. Mining her own experiences with pregnancy and motherhood, Kovačić plans to create a project consisting of approximately 10 large oil paintings depicting different mothers and children, with a focus on the experiences of children with disabilities. She plans to use funds from the Demarest Award to send her son to preschool, allowing her the time to work consistently and to build new relationships with families who could participate in this project.

“Before I had my son, Roman, I would spend 12 hours a day painting,” said Kovacic, who loves being a mother and found it almost impossible to paint while also taking care of her son at home. “I was feeling very lost because I did not have the time to paint. Sending him to preschool will allow me to work three days a week so I can be who I am-- a painter--and be my son’s mother too.”

She will also purchase materials needed for the creation of her art. 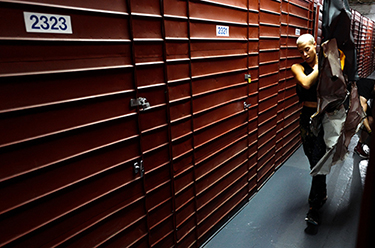 Kennedy Yanko creates sculptural works using found objects, salvaged metal, bronze and heavy acrylic poured “paint skins” to explore ambiguity within perception and emphasize the importance of abstraction in critical observation of art. She describes herself as “making art like an archaeologist,” excavating scrap metal from junk yards, a process she refers to as “extracting fossils, relics and phenomena from rubble, and recognizing their ontological value.” Yanko plans to use funding from the Demarest Award to fund the incorporation of marble, another excavated material, into her artwork, combining the natural and surreal to “push her viewers to look inward.”

It is rare, Yanko says, for women artists, who are notoriously underpaid for their work as compared to men, to be able to create large, three-dimensional outdoor sculpture particularly in a material as expensive as marble. The Demarest funds will help her ideas come to full fruition.

“It’s really wonderful when funders give us what we need rather than what they think we need,” said Yanko about the Demarest Award process. “That asking is a great practice in humility, not just optics, because it acknowledges how (artists) are contributing to the world.”  (Photo credit: Mike Vitelli)

Aldwyth is a South Carolina-based visual artist whose work has been recognized through solo exhibitions and prestigious awards including the 2015 South Carolina Elizabeth O’Neill Verner Governor’s Award for the Arts. Aldwyth plans to use the Demarest funding to hire workshop assistants to help finish a series of three collages that she has been unable to complete on her own, due to difficulties she now experiences when using scissors.

Born in Pittsburgh, Boyd's early start as an artist began with lessons through the Carnegie Mellon Pre-College Art Program and the Pennsylvania Governor’s School for the Arts. He then attended Carnegie Mellon University where he received his Bachelor of Fine Arts, completing a triple-focus in painting/drawing, contextual practice and electronic time-based media, going on to also earn a Master of Arts Management. In 2008, he was awarded an artist assistantship through the Carnegie Museum of Art for their International Exhibition. Boyd creates drawings and embroideries full-time while experimenting with large-scale sewing installations using his bow and yarn tethered arrows as an unconventional and masculinized needle and thread.

Beginning a writing career at an early age, Tameka Cage Conley won the competitive Times journalism scholarship. She completed her Bachelor of Arts degree in English at Dillard University, a historically Black college before going on to complete a doctoral degree in the same field at Louisiana State University. Her dissertation, Painful Discourses: Borders, Regions, and Representations of Female Circumcision from Africa to America, won the Lewis Simpson Distinguished Dissertation Award. A 2012 nominee for the Pushcart Prize for Poetry, Dr. Cage Conley’s work has been published in Huizache: The Magazine of Latino Literature, Fledgling Rag, Chapter & Verse and Callaloo.  Her first play, "Testimony," was produced by The August Wilson Center for African American Culture in Pittsburgh, while subsequent plays have been performed in Pittsburgh, Los Angeles and Sydney, Australia.

Kyle Abraham began his dance training at the Civic Light Opera Academy and the Creative and Performing Arts High School in his hometown of Pittsburgh. He furthered his studies in New York, earning a Bachelor in Fine Arts from the State University of New York at Purchase followed by a Master of Fine Arts from New York University. After receiving the Demarest Award, Abraham went on to be named a 2013 MacArthur Fellow, as well as receiving awards that include being named a 2012 USA Ford Fellow, a Creative Capital grantee, and receiving a 2012 Jacob’s Pillow Dance Award. In 2010, Abraham received a prestigious Bessie Award for Outstanding Performance in Dance for his work and a Princess Grace Award for Choreography in 2010. The previous year, he was selected as one of Dance Magazine’s 25 To Watch for 2009. He established his company, Abraham.In.Motion, in 2006.

An American poet born in Oakland, California, as Edward Howard Duncan, Jr., Robert Duncan spent most of his career in San Francisco, adding his voice to the bohemian communities in the 1930s and 1940s, the Beat Generation and the cultural and political upheaval of the 1960s, including being prominent in pre-Stonewall gay culture. Influenced by Hilda "H.D." Doolittle, an imagist poet associated with Ezra Pound, his early work was a collection of poetry dedicated to her. His impact as a poet is still evident in both mainstream and avant-garde writing.

Pollock became an influential American painter and a major figure in the abstract expressionist movement, using a technique of pouring, dripping and splattering paint, thought to be one of the origins of the term action painting. He added a new dimension to his work by being able to view and apply paint to the canvas from all directions. His work was honored with large scale retrospective exhibitions at MoMA in New York City (1998) and at The Tate in London (1999).

Rikki Ducornet is an American postmodernist writer, poet and artist. After earning a Bachelor of Fine Arts from Bard College, she spent time in France writing before returning to the U.S. after receiving the Bunting Institute fellowship at Radcliffe. The author of nine novels, three collections of short fiction, two books of essays and five books of poetry, she has received both a Lannan Literary Fellowship and the Lannan Literary Award For Fiction.