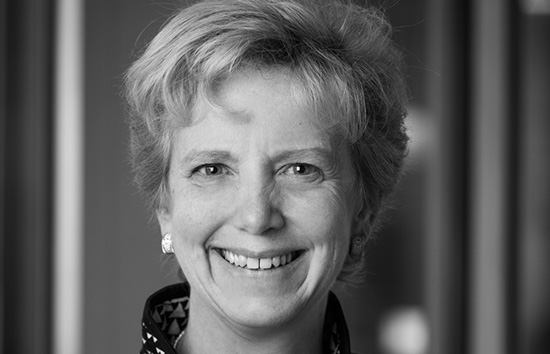 Laura Ellsworth of Jones Day has been in practice for 40 years as a lawyer. Born in New York and raised in New Jersey, she moved to Pittsburgh to attend law school in 1980 after graduating from Princeton and started her career at Buchanan Ingersoll. In 1992, she took a job at the international law firm Jones Day, where she climbed the ranks and eventually became the head of the firm’s Pittsburgh office, and its first partner-in-charge of Global Community Service Initiatives. Ellsworth served on the Local Rules Advisory Committee for the United States District Court for the Western District of Pennsylvania. She is active in civic and community affairs, serving leadership roles on the Allegheny Conference on Community Development, the Greater Pittsburgh Chamber of Commerce, the Three Rivers Workforce Investment Board and the United Way Women’s Leadership Council.  Former Gov. Ed Rendell named her one of Pennsylvania’s Top Businesswomen. Subsequently, Gov. Tom Corbett appointed her to serve on the board of the Pennsylvania State System for Higher Education and the Pennsylvania Council on the Arts. Ellsworth has served on the board of FNB Corporation, Magee-Women’s Research Institute, Imani Christian Academy, McCune Foundation and the University of Pittsburgh Institute of Politics.

Ellsworth joined The Pittsburgh Foundation Board in 2019.