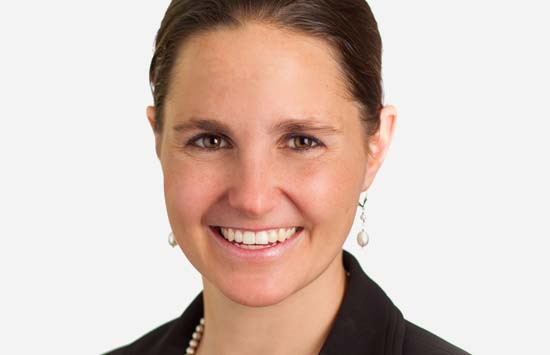 In December of 2020, Lindsay was named vice president of development & donor services for The Pittsburgh Foundation. In this role, she oversees the Foundation’s fund raising and donor services efforts. She and her team help the Foundation’s current donors achieve their philanthropic mission during their lifetimes and also through planned giving opportunities, when donors use their wills and estate plans to create a lasting and meaningful charitable legacy.

Since joining the Foundation’s staff in 2010, Lindsay has served in a variety of increasingly responsible positions that build on her managerial and fund-raising expertise and her knowledge of planned giving. For six years she was the Foundation’s director of donor services and planned giving specialist. Prior to that she was a development officer working primarily with professional advisors. Before coming to the Foundation, Lindsay served as assistant director of development at The Taft School in Watertown, Connecticut, where she helped manage and complete a $150 million fundraising campaign.

She has a master’s degree in public management from Carnegie Mellon University’s Heinz College, where she graduated with the highest honors, and bachelor’s degrees in history and education from Colby College in Waterville, Maine. Lindsay is a board member of the Mon Valley Boys Academy, which is set to open in 2024.

She is a tennis player, a distance runner with four marathons under her belt and an avid skier, coaching ski racing on weekends at Hidden Valley Ski Resort. Lindsay spends any moment that she is not in the office running after her very active young son or precocious daughter with the help of her wonderful husband, Michael. The family of four lives in the Regent Square Neighborhood of Pittsburgh.