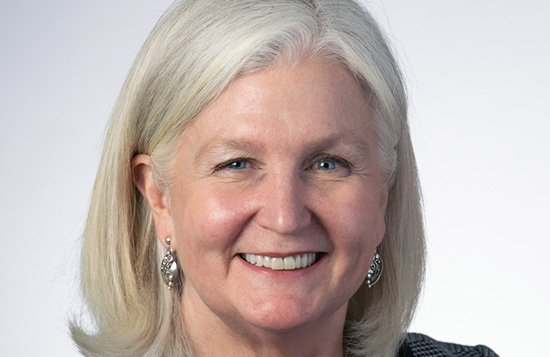 Lisa Schroeder is president and CEO of The Pittsburgh Foundation. She was appointed in February of 2019 and took the helm in June that year to lead the philanthropy, which was established in 1945. As the leader of one of the oldest and largest of the country’s 750 community foundations, Lisa is only the sixth president and first woman appointed to the position.

The Foundation has about $1.5 billion in total assets and oversees about 2,500 individual charitable funds. The main mission is to improve quality of life in the Pittsburgh region by evaluating and addressing community issues, promoting responsible philanthropy and connecting donors to the region’s critical needs.

In 2020, less than a year into her term as president, Lisa directed the Foundation to the frontlines of crisis response as Covid-19 strained the limits of the region’s public health system, shuttered the economy and illuminated longstanding racial inequities. The Foundation raised millions of dollars for immediate relief, collaborated with its foundation partners to raise more for longer-term recovery and developed programs and services to address racial justice issues.

She incorporated many of the lessons learned during that period into a new strategic plan that has a vision statement committing the Foundation to realize a region free of inequities, and one in which all residents have opportunities – not just to survive but to thrive.

Her life experience has prepared her to take on these challenges. As a nonprofit executive and civic leader in Pittsburgh and Baltimore, she has a distinguished record in turning place-centered organizations into powerful movements for quality-of-life improvement.

From 2002 until 2015, she led Riverlife, a public-private partnership established to guide and advocate for redevelopment of Pittsburgh’s three rivers. Riverlife is still shepherding her vision and the result today is a spectacular 15-mile system of riverfront parks, trails and spaces for millions of users in the heart of the city. The organization has led $132 million dollars in riverfront infrastructure development, which, in turn, has leveraged $4.2 billion dollars in investment along the three rivers.

Returning to her hometown of Baltimore to become president and CEO of the Parks & People Foundation, she oversaw completion of a $14 million capital campaign. Her “Every Kid Deserves a Park” program led to construction of new family-friendly parks serving more than 60,000 people in city neighborhoods struggling from decades of disinvestment. She also launched an international competition to create a waterfront park connecting 22 neighborhoods along the Patapsco River to $500 million worth of development opportunities.

Lisa serves on numerous nonprofit boards, including the Pittsburgh Promise, the Forbes Funds, the August Wilson Center for African American Culture, the University of Pittsburgh’s Institute of Politics Board of Fellows and the National Center for the Humanities. Her awards for leadership include the American Institute of Architects Gold Medal, the Pittsburgh Business Times’ Outstanding Women in Business Award and Baltimore’s 2016 Community Service Award. A Phi Beta Kappa graduate of William Smith College, she received a Master of Science degree from Columbia University.