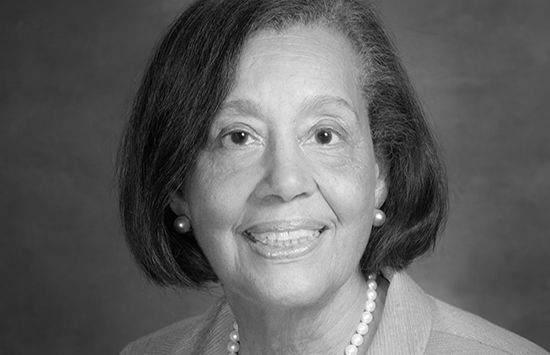 Nancy Washington, director emerita, is an educator and academic administrator with a strong commitment to our community. She was associate professor of psychology and assistant to the chancellor of the University of Pittsburgh. During her career, she served on various boards including the Pennsylvania Council on the Arts, the Pittsburgh Symphony, Wilson College, the national board of Girls, Inc. and the Association of Theological Schools. Washington was also a co-founder of the August Wilson Center for African American Culture.

Currently, she serves on the boards of the Carnegie Museum of Art, the Pittsburgh Cultural Trust, the Eye and Ear Foundation and Partner4Work.

Washington has received many awards for her work. She was given the YWCA’s “Tribute to the Women of the Year” Voluntary Community Service Leadership Award; the Delta Sigma Theta Mosaic Award for Contributions to the Arts; the Center for Minority Health of the Graduate School of Public Health of the University of Pittsburgh, 10th Anniversary Celebration Award; Duquesne Light/WQED African American Leadership Award for Culture, Arts, and Recreation; the Humanitarian Award from Three Rivers Youth; the CCAC Legends in Leadership Award for Outstanding Community Leaders by the Community College of Allegheny County; and the History Makers Award in the field of community service given by the Senator John Heinz History Center for contributions to the history of Western Pennsylvania.

In 2001 Washington was named a Distinguished Daughter of Pennsylvania, she received the 2020 Carlow University Women of Spirit Award and in 2022 she received The Catholic Youth Association of Pittsburgh Patricia R. Rooney Award and the Robert M. Frankel Award from City Theatre.