In the days following the Oct. 27 shooting at Tree of Life synagogue, thousands visited the site to pay their respects, leaving behind flowers, poems and photos to honor those killed. 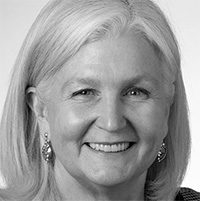 As a philanthropic first responder after last year’s mass shooting at Tree of Life Synagogue, The Pittsburgh Foundation gained expertise it never wanted. Now, as the one-year anniversary is marked, the Foundation’s new leader commits to long-range work countering white supremacist, fear-of-the-Other ideology that has led to carnage across the country.

IT HAS BEEN NEARLY A YEAR since our region was rocked by the horrific mass shooting that took the lives of 11 Pittsburghers and wounded six others during Shabbat services at Tree of Life synagogue in Squirrel Hill.

On that Saturday in October 2018, when the shootings happened, I was living in my hometown of Baltimore, serving as president of a place-based foundation. As the world watched — and wept — with Pittsburgh, the response and what is inherently special about this community — the commitment to taking collaborative action, the grace in the face of stress and the natural inclination toward sympathy and empathy — were on full display.

In the conversations I had with Pittsburgh friends after the shootings, it was clear that the attack was a shock to the soul of the city. People were asking tough questions: How could this happen in our town — in Squirrel Hill, the actual neighborhood of Mister Rogers? How could the person charged in the shooting — born here, schooled here, employed here — be so consumed by hate and fear that he plotted how to kill as many people as possible inside a house of worship?

Now, as this terrible anniversary is marked, I am honored to be back in Pittsburgh heading the Foundation charged with improving quality of life across all our communities. In the face of tragedy, we at the Foundation gained experience we never wanted as we took action to bind the community’s wounds. We raised emergency funds, supported public vigils, brought in crisis experts and advised organizations on how to provide needed services. We are good at offering salve and solace, and it is important to do so.

But the big question that came out as a community refrain, really, in the days after the Tree of Life attack, is the one we are still asking with regard to our responsibility as a community foundation:

What are we going to do about the hate that fuels the violence?

It is a question renewed in communities across our country in the months since Tree of Life, through the anger and grief of those who have fallen victim to hate-motivated shootings in Poway, California; Christ Church, New Zealand; El Paso, Texas and many other places.

Pittsburgh has a grievous connection point to those events. Prosecutors say that white supremacist ideology that motivated the alleged shooter in the Tree of Life attack is also behind the violence committed by the suspect in El Paso. After his arrest for killing 22 in a Walmart shopping center, the El Paso shooter admitted targeting Mexicans out of fear of an “invasion” of immigrants. In the April attack on the Chabad of Poway synagogue, in which one woman was killed and three people were injured, the charged shooter said he was inspired by anti-immigrant and anti-Semitic social media postings of the Tree of Life shooter and by posts by the man charged in the massacre of 49 people at two mosques in New Zealand.

Indeed, a New York Times investigation earlier this year found that “at least a third of white extremist killers since 2011 were inspired by others who perpetrated similar attacks, professed a reverence for them or showed an interest in their tactics.”

Our history locally and nationally is that we have discounted the lethal effect of racism on many groups in our communities. This year, the evidence showing how significant inequity leads to violence has hit like a shockwave.

Bill Strickland, one of our longtime Board members and the founder of the world-renowned Manchester Bidwell Corp. vocational training center, tells me that much of his life’s work has been helping young people get past the damage of racism and violence in their daily lives. He cites the death last year of high school student Antwon Rose, who was unarmed and fatally shot by a police officer, as igniting outrage in the community. “We must recognize,” says Strickland, “that the deaths of young Black men in interactions with police, and as a result of Black-on-Black gun violence in many neighborhoods, can be tallied to qualify as a mass killing.” Their roots, he says, go to the same homegrown white supremacy, racial bias and abject fear of the Other that have played out in Pittsburgh, Poway and El Paso.

So, emphatically, I believe it is essential that our Foundation lead efforts in the next year to examine the hate that leads to violence and develop solutions for eliminating it in community life.

We must continue to celebrate progress and prosperity, but our highest responsibility is to focus on  economic and social struggles that are hidden behind railroad tracks, on hilltops and along rural landscapes. And because philanthropy cannot do it alone, we must enlist democratic institutions and our elected leaders running them to make progress against white supremacist groups and other hate outlets that fuel many of these shootings.

In his appearance before the House of Representatives’ Committee on Homeland Security meeting in Pittsburgh earlier this month, Tree of Life shooting survivor Rabbi Jeffrey Myers charged that leaders who condone hate speech “… are teaching us that it is acceptable to behave this way, and it’s simply not.”

For the sake of our community’s future, we will continue to champion diversity and decry any tolerance of white supremacist ideology. At every opportunity — through our grantmaking, our civic partnerships and community outreach on issues — we will restate the values that govern our work.

We are determined that through that work, Pittsburgh will be the place that proves love is always stronger.

File under Crisis Response   Foundation/Community   Report to the Community

From Buffalo to Uvalde to Highland Park