The collective power networkImproving quality of life across the region

Community Foundation of Westmoreland County Executive Director Phil Koch says 160 nonprofits have participated in the WestCo Nonprofit Network so far. Even informal events, such as an August 2019 picnic, give nonprofit leaders a chance to learn together about best practices and ways to better serve their communities.

The Community Foundation of Westmoreland County convinced 20 nonprofits to look past daily work demands and band together to build relationships. This year, membership is growing and joint projects have launched.

DANIEL GIOVANNELLI wants to erect a giant rabbit, a tribute to both art and play, in a small Greensburg park. As the executive director of Central Westmoreland Habitat for Humanity, Giovannelli says home construction, not bunny building, would have been his sole focus not long ago.

But then WestCo Nonprofit Network happened. Participating in — and helping plan — its programs made Giovannelli think differently as Habitat prepared to construct a house on a Greensburg lot that abuts a park. Before the WestCo Nonprofit Network, Giovannelli would not have conceived discussing Greensburg park improvement with the Latrobe Art Center.

Now, Giovannelli is working with both the Greensburg Community Development Corp. and the Art Center to enhance the neighborhood around the house, on which construction began in May.

WestCo Nonprofit Network, launched in March 2018, has forged connections among Westmoreland County’s nonprofit organizations, facilitating coordination among the myriad groups, which, in turn, enables them to use limited funds more effectively and assume leadership roles in the community.

The vision, says Phil Koch, executive director of The Community Foundation of Westmoreland County, an affiliate of The Pittsburgh Foundation, is for the WestCo Network to pull together the county’s nonprofits, creating synergy that will strengthen the whole sector. “We want to unify the work we do and use our collective power to improve the lives of the people we serve,” Koch says of the network, which operates under the auspices of the Foundation.

Only a little more than a year old, the network provides monthly educational seminars on topics the nonprofits request; it advocates on issues common to many of the nonprofits’ missions; and it strengthens nonprofits with grants to improve management and planning.

The bulk of the support for this venture comes from the BNY Mellon Foundation of Southwestern Pennsylvania.

CFWC offers training and professional development to the sprawling county’s diverse nonprofit organizations. It was from one of those programs, attended over several months by Giovannelli and the directors of 19 other groups, that WestCo emerged.

Giovannelli says speakers at the seminars asked the directors to think big, something small nonprofit directors rarely get to do because they are perennially short-staffed and time-starved. As the bi-weekly series ended in January 2018, Giovannelli, along with three other attendees — Endicott Reindl, executive director of the Westmoreland Symphony Orchestra; Mandy Welty Zalich, executive director of Westmoreland Community Action; and Jessica Kadie-Barclay, chief executive officer of the West Overton Village and Museums — told Koch that they found the camaraderie and networking as important as the training. 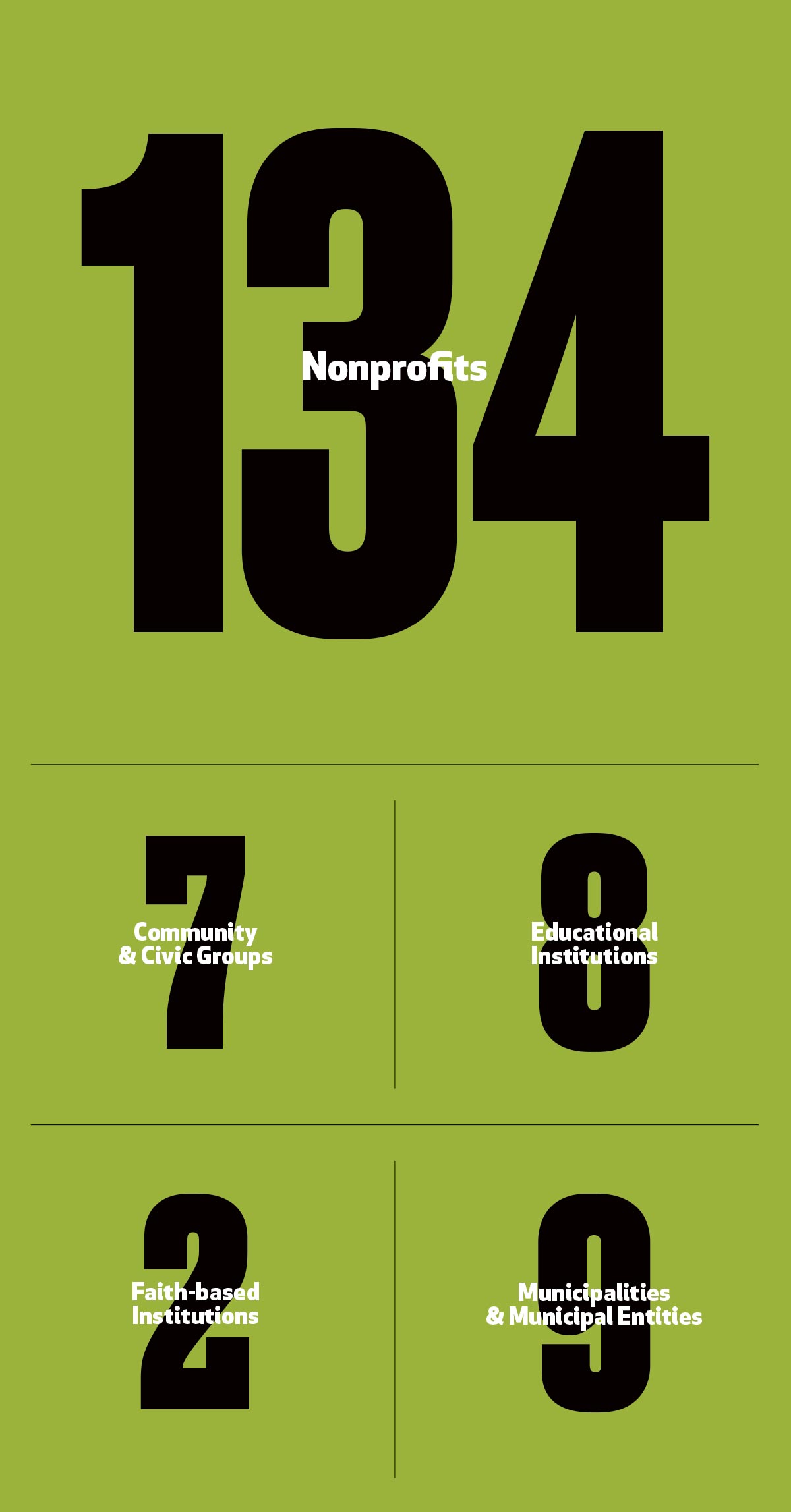 They wanted to create a way to sustain and expand it. They were thinking big about the needs of the nonprofits of the whole county.

Zalich says businesses have networking groups such as chambers of commerce. But nonprofit managers have been convinced that they don’t fit into those structures. “We wanted a networking group specifically for nonprofits,” she says. “We wanted relationships among groups, and education and collaboration.”

With Koch, they created WestCo to do that. The four nonprofit leaders now serve as a steering committee. They survey nonprofit directors to determine what sorts of programs they want and then work with Koch to produce them. They schedule the events at various locations around the county to accommodate far-flung organizations.

In April, the Network sponsored a forum that enabled executive directors to meet with the elected officials whose decisions affect the communities the nonprofits serve. Five Westmoreland County state representatives and two state senators answered questions from the leaders of 120 nonprofits. “This gave nonprofit directors a chance to introduce themselves to these lawmakers, and for them to listen to each other,” says Zalich.

In May, about 75 executive directors met to discuss the county’s new Comprehensive Plan, learn about its specific goals and determine how their organizations will contribute.

Now, WestCo leaders are working with The Pittsburgh Foundation to develop a county-wide calendar on which each participating nonprofit can schedule its programs for everyone to see. Giovannelli noted that this will facilitate attendance at each other’s events, but also will avoid scheduling conflicts. This happened to him two years ago when his fundraiser ended up on the same evening as the Party at the Palace Theatre, which is that venue’s annual event.

In June, CFWC granted Central Westmoreland Habitat for Humanity $30,000 to work with Greensburg Community Development Corp. and the Latrobe Art Center to improve the Greensburg park and access to downtown Greensburg. Neighborhood walkways will soon boast signs noting the short distance to a coffee house or museum in the city center, and visitors will experience public art — as in the giant bunny — along their way.

Beyond park improvements and signage, Koch believes that as WestCo matures, it will use its collective clout to advocate for projects its members feel are crucial to the region’s future success. One example: lack of support systems for the homeless. “Most counties have 250 emergency shelter beds,” says Koch. “We have 38. If we put our advocacy efforts together, we could tackle something like that. Coordinating it all and sticking with it — that’s the hard work of moving forward.”

Focus on Westmoreland: bringing more to the table