Housing Court Help Desk Manager Shawnell Smith directs tenants and landlords through the bureaucracy of the housing court system. While desk staff cannot give legal advice, they can connect litigants to resources. Image by Joshua Franzos.

Jane Downing of The Pittsburgh Foundation had traveled to Washington, D.C., with Megan Stanley, executive director of the Pittsburgh Commission on Human Relations, to discuss eviction-prevention strategies with the National League of Cities. “There were all these signs that said, ‘This is a no-handshake conference,’” Downing recalls. It was mid-March, and a strange new virus was spreading around the world. Just a few days after Downing and Stanley returned home, the Steel City declared a state of emergency; the mayor went into quarantine, and schools and businesses shuttered indefinitely.

The COVID-19 pandemic had officially arrived.

Hundreds of thousands of lives and tens of millions of lost jobs later, housing advocates are sounding the alarm about a pending eviction crisis that all but defies comparison. Amid the pandemic’s economic fallout, as many as 40 million Americans face the prospect of losing their homes, including half a million households in Pennsylvania.

In fact, by November, 678,403 Pennsylvanians were delinquent in rent or mortgage payments or had little  confidence they could pay on time the next month. That is from a U.S. Census Bureau survey which also found that 22% of Pennsylvania adults faced eviction or foreclosure within two months.

News organizations have resorted to natural-disaster metaphors, using words like “tsunami” and “avalanche” and “deluge” to try to convey what’s coming. But as a forthcoming Pittsburgh Foundation report details, there’s nothing natural about evictions, which inflict lasting harm on tenants and landlords alike. The pandemic has made a long-standing problem worse — undermining families’ financial security, physical health, emotional well-being and more.

During the decade before COVID, nearly half of American renters were “cost-burdened” — that is, forced to spend a far greater share of their income on rent than the recommended 30%. As affordable units disappeared by the millions, one in four renters spent more than half of their income on housing. Meanwhile, median rents have climbed faster than renters’ incomes every year since 2001.

So perhaps a better metaphor for the impending crisis is that of a defective dam: A man-made catastrophe compounded by pressure that’s been permitted to build for years. When it comes to mass evictions, experts say, communities have two choices: Fix the dam and relieve the pressure, or do nothing and allow it to fail, destroying countless lives when it breaks.

Downing opts for the former. For more than 20 years as the Foundation’s senior program officer for Economic and Community Development, she has championed affordable housing in Pittsburgh, working to increase the supply of affordable rental units and forge new paths to upward mobility for the region’s residents. In 2016, Downing added a new dimension to this work by bringing the Foundation’s resources, connections and expertise to bear on the problem of local evictions. Following a Foundation-sponsored workshop and lecture in 2016 by sociologist and eviction expert Matthew Desmond, Downing convened landlords, tenants, government officials, legal aid attorneys, nonprofit staffers and housing organizers for the first-ever meeting of the Foundation’s Evictions and Affordable Housing working group — a cooperative whose formation would prove especially prescient with the arrival of COVID.

In order to determine its priorities and validate its recommendations, the working group needed solid data on evictions. They tasked Vice President for Public Health, Research and Learning Michael Yonas, along with Rachel Rue, a senior policy and data analyst with the Allegheny County Department of Human Services Division of Analytics, with collecting it. Yonas and Rue pored over several years’ worth of quantitative data, mapping evictions and measuring frequency. They also convened a series of listening sessions in which more than 40 tenants and landlords shared their experiences and recommendations, which will be captured in the Foundation’s full-length eviction report.

“What we found,” says Yonas, “is that tenants and landlords alike believe the system is broken. The eviction process itself is complicated, time-consuming and expensive. People in the midst of it often have no idea what’s expected of them, what their options are or who they can turn to for help.”

The Foundation and its working-group partners launched a multiyear effort to address this by making the eviction process more transparent and just. The group’s ultimate aim is to keep Pittsburghers in their homes. Doing that, Downing says, “takes mediation programs, rental assistance, legal assistance, tenant and landlord education, and ways to connect people to resources. To be effective, an eviction prevention system needs all of those components.”

The best time to prevent evictions, she says, is before they start — that is, before they’re filed in court. In Pennsylvania, eviction filings remain on tenants’ records even if tenants ultimately pay their rent or win their case. Many landlords use these records to screen out applicants, preventing families from renting quality units and forcing them to settle for substandard, even dangerous homes.

That’s one reason the Foundation funds Just Mediation Pittsburgh, a program started by the Pittsburgh Commission on Human Relations to bring trained mediators to landlord–tenant disputes in Allegheny County. “At the point that tenants realize they may not be able to pay rent, they can call Just Mediation Pittsburgh and say, ‘I’d like to try and talk with my landlord,’” Downing explains, adding that the service is free. “Landlords can do the same thing: If they’ve tried and not been successful at getting a rental payment, they can call and initiate mediation. It’s a strategy that’s been used in family court for over 30 years, but this is the first time
that there’s been any landlord–tenant mediation services in Allegheny County.”

It’s one of several Foundation-funded efforts to improve communication among people involved with evictions. The nonprofit Pennsylvanians for Modern Courts, for example, has leveraged Foundation support to host a series of educational workshops for tenants, landlords and magisterial district judges who hear eviction cases.

Another initiative is the Housing Court Help Desk, which assists both tenants and landlords in navigating the appeals process. In 2017, Allegheny County Common Pleas Judge Christine Ward noticed that almost all of the tenants in her courtroom were pro se — that is, without legal representation. For those tenants, she says, “It just wasn’t a level playing field … Justice, in my opinion, was not being served.”

In response, Ward assembled a task force that included Downing, Yonas and other members of the Foundation’s working group. Over a year, the task force developed the county’s first Housing Court — a legal forum specifically designed to address landlord–tenant disputes “on a more fair and equitable basis,” says Ward. A grant from the Foundation launched the accompanying Help Desk. The staff can answer questions, provide the proper forms and refer tenants to social services and pro bono legal and emergency rental assistance programs.

The Foundation also helped develop “slate cards” that magisterial district courts can mail to tenants who face eviction. The cards direct tenants to rental and legal assistance  programs, says Downing, marking “the first time that there’s been any kind of assistance
or information” provided directly by the court. The cards have gone through several  printings, and more detailed fliers — which include information about leases, landlord–tenant laws and who to contact for help before, during and after an eviction — are in development, thanks to the working group’s partnership with the National League of Cities.

Each of these strategies, bit by bit, relieved pressure behind the dam.

When Congress passed the Coronavirus Aid, Relief and Economic Security (CARES) Act in late March, it imposed a temporary moratorium on evictions.

Pennsylvania Gov. Tom Wolf issued a moratorium of his own, and the Pennsylvania Legislature set aside $175 million in federal funding for mortgage and rental assistance. Allegheny County can draw down from the state as much as $25 million of that money,
and it added $14 million from funds it received directly from the federal government to pay for pandemic relief efforts. That made a total of $39 million in emergency assistance available to the county’s renters.

“ What we found is that tenants and landlords alike believe the system is broken. The eviction process itself is complicated, time-consuming and expensive. People in the midst of it often have no idea what’s expected of them, what their options are or who they can turn to for help.”
-- Michael Yonas
Vice President for Public Health, Research and Learning, The Pittsburgh Foundation

However, because the bulk of the state-allocated money has strings attached, payments were slow to reach tenants. By the initial Sept. 30 deadline for application, only $9.7 million — about 5.5% of the $175 million provided — had been spent statewide to help renters. In October, Gov. Wolf extended the deadline to Nov. 4, but because  the Legislature failed to relax the regulations before then, it was anticipated that much of the appropriated money would not be spent to assist landlords and tenants.

In a 24-hour gap when Pennsylvania’s moratorium on evictions lapsed on Aug. 31 and a new federal moratorium began on Sept. 1, landlords in Allegheny County filed 181 eviction cases — a sign of the dire crisis ahead. Before the pandemic, landlords filed 50 to 60 cases per day on average. The federal moratorium didn’t prohibit landlords from seeking eviction, however, and in Allegheny County they filed 851 cases in September, more than 28 a day, despite their inability to evict tenants.

In October, Gov. Wolf issued an executive order relaxing some of the rent-relief program rules and extending the application deadline so more tenants and landlords could participate.

The U.S. Centers for Disease Control and Prevention threw renters nationwide a lifeline on Sept. 1, issuing an order barring evictions for nonpayment until Dec. 31. The new moratorium keeps the dam intact for now, advocates say, but they warn that the pressure behind it is building faster than tenants and landlords can manage. The CDC’s order neither cancels tenants’ rent nor provides payments for property owners, meaning that months’ worth of bills, late fees and interest will come due on New Year’s Day. By the end of October,  early 300,000 Pennsylvanians reported to the U.S. Census Bureau that they were behind in paying rent.

When potentially unprecedented numbers of renters find themselves unable to pay, the working group’s collaborative, multi-pronged approach will be more important than ever.

Increasing collaboration, in fact, is the reason Downing was in D.C. that day in March — she’d traveled there to connect the working group’s efforts to eviction prevention initiatives taking root across the country. “What we’re trying to do,” she says, “is build a foundation for a coordinated eviction prevention program. We’ve got the beginning of a framework for working together and connecting the dots — for making sure that anyone who gets an eviction notice knows what to do, where to go, and how to access the funding and the help they need.”

File under Grantmaking/Nonprofits   Report to the Community   Housing 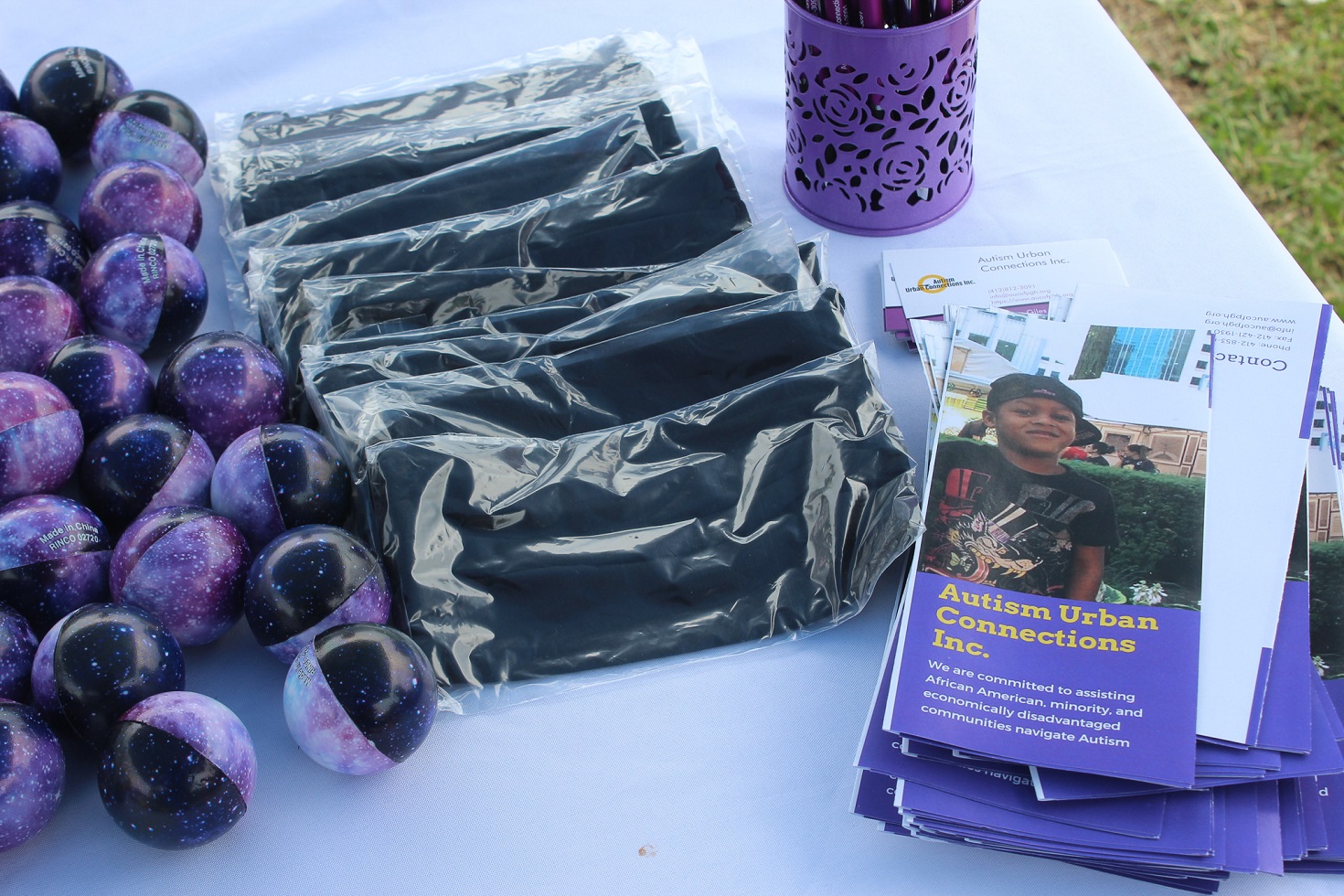 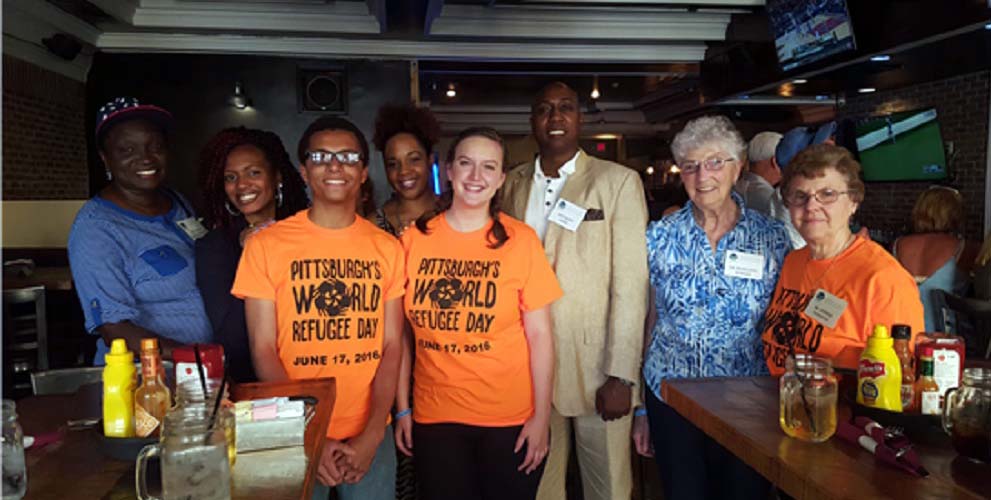