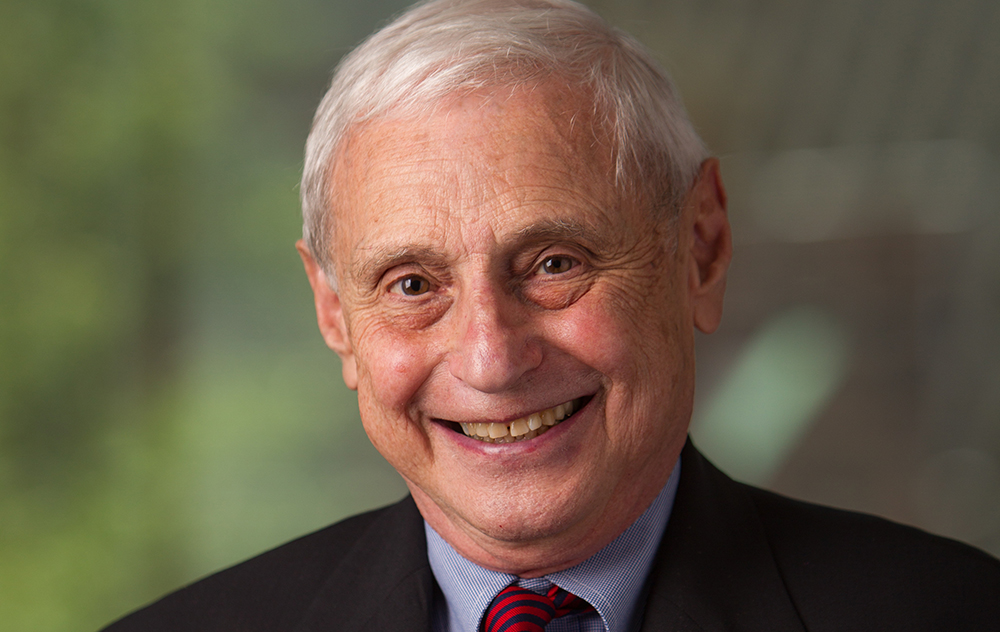 A message from Edie Shapira and Maxwell King:

It may be a cultural quirk, but it seems that the only way we Pittsburghers truly understand the special value one person has in our community – the only way we accurately gauge the enormity of that person’s ability to make us better than we thought we could be – is when that person leaves us.

Moe Coleman did just that back in the late 1970s. Luckily for the future of our city, he eventually returned.

He was a hometown boy – born, raised and educated all the way through the University of Pittsburgh, where he was inspired by the Civil Rights and anti-poverty movements flowing out of the 1960s. The causes that emerged put him on an early career track that included community organizing, government service and social work, including teaching at Pitt’s School of Social Work.

In each sector Moe developed a reputation as the staff insider who could bring people of opposing ideologies, and frequently in battle mode, into the same room. What often emerged were such miracles of compromise as plans to solve a complex, communitywide problem or take advantage of a rare development opportunity.

Moe preferred to work behind the scenes in a staff or faculty office. He prepared the policy blueprints and left the spotlight to political, business and philanthropic leaders. But word spread. He did part-time consulting for Henry Ford II, who had moved to foundation work after running the car company.

And then came the call from Hartford, Conn. A civic leadership group, the Greater Hartford Process, had strayed from its mission of bringing business and government leaders and residents in neighborhoods together to craft model urban redevelopment. This opportunity was right in Moe’s sweet-spot, and he was off to reform the organization.

After three rough-and-tumble years, Moe had re-positioned the Greater Hartford Process to have, as he described it, “some modest economic impact, but in terms of politics, a true transformation.” His mission accomplished, University of Pittsburgh leaders coaxed him into resuming his academic career and Moe returned to our city trailing an editorial in the Hartford Courant that credited him with having “established a rapport with and between diverse groups to an extent unusual in what is often a fratricidal urban America.”

So, Pittsburgh had learned its lesson: hold onto this guy and don’t let him go.

We cannot think of a societal sector in the city that did not end up benefitting from his next four decades of consequential work. There is his community organizing at the neighborhood level; his service as a key mayoral aide and in leading boards and authorities through several city administrations; his academic career at the University of Pittsburgh in which he mentored hundreds of students who now carry on his mission of making the world a better place.

Beyond his work products, there was the Moe style. He was physically slight and wiry – perfectly formed to move unnoticed to the edge of pitched verbal battles in community meetings or government hearings. He had a voice that rose and fell to match his enthusiasm in the moment. Though the smartest people in town recognized him as a brilliant strategist, he would have been deeply embarrassed to be described that way. He had a humble spirit.

In the six years we had with Moe on The Pittsburgh Foundation Board, we were guided as much by his self-effacing style as his expertise. We benefitted from the political wizardry he conjured as the founding director of the University’s Institute of Politics – a magical creation, given today’s horrific political divisiveness. It thrives today as a non-partisan forum for elected leaders and other public officials to understand complex policy issues, minimize political infighting and make government more effective.

One of the legacies of his founder’s leadership is the Coleman Award, which was established by the University to recognize elected and non-elected community leaders who have attempted to live up to Moe’s example of sustained generosity and roll-up-the-sleeves problem-solving to benefit the region.

As past recipients of the award, we are keenly aware that Moe’s death places on us the added responsibility of living up to the character traits he set for himself: gentleness in instruction; strength in promoting a worthy idea; love and loyalty to friends and having a lovable nature, even to those who would oppose his views.

While Moe is no longer physically in his city, he has not left it. He will continue to be our very good guide.