How the financial downturn of COVID-19 is affecting The Pittsburgh FoundationAn interview with Jonathan Brelsford, senior vice president of Finance and Investments. 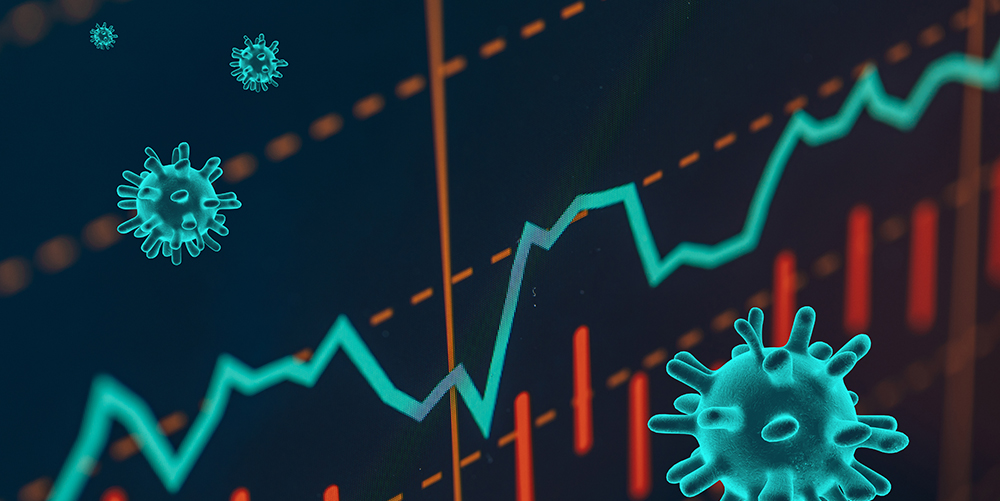 Turmoil due to the COVID-19 global pandemic has negatively affected financial markets.

The markets have plummeted, but diversified and strategic investment strategies put in place by The Pittsburgh Foundation in 2008 have protected donors’ grant-making dollars this year and minimized portfolio losses. Jonathan Brelsford, senior vice president of Finance and Investments, provides this detailed overview of how the Foundation invests to ensure long-term growth so that grantmaking dollars will continue to flow to the community now and in perpetuity.

Jonathan, kick us off with an overview of the Foundation’s approach to investing.

First, with our investments, we are not investing for today, tomorrow or next month. We look at valuations and we invest in stocks and bonds and alternative assets such as hedge funds and private equity, based upon the long-term value. Over the past few years, both stocks and bonds have been overvalued, meaning stock prices were outpacing earnings that each stock provides, and bond yields keep grinding lower. Knowing this, we take a diversified approach that includes stocks, bonds and alternative investments. This approach means that we are preparing for unexpected situations like the one we are facing now.

How has COVID-19 affected the market generally?

There have been unprecedented declines. Our economy is in the fastest market plummet ever over successive days. We’ve seen drops before, but never this rapidly. On Black Monday, Oct. 19, 1987, for example, the stock market dropped 22%, the most ever in a single day, but the market soon recovered. We saw similar declines in September 2008, the beginning of the Great Recession.  The markets have now seen the same drop, but over a two-week period.

There is a great deal of concern about the brakes being put on the economy with the mandated isolation across the country and across the globe. Lots of food and essential items are being sold, but normal commerce isn’t happening, meaning people aren’t getting haircuts, shopping or paying for entertainment. Travel and gasoline purchases are way down. No one knows how these conditions will affect cash flow for companies and we don’t know how long this will last.

And many people are being laid off at the same time. On March 19, the Dept. of Labor reported significant increases in unemployment claims that jumped 33%, the fastest rate unemployment jump ever recorded. In Pennsylvania, the Bureau of Labor reported that jobless claims from March 16 to 18 were 10 times higher than the entire prior week. Some analysts, such as Goldman Sachs predicted a jump to 2.5 million in unemployment claims nationally. Actuals came in even higher at 3.3 million. The speed at which things are changing is creating uncertainly and causing markets to dislocate at unprecedented ways.

What’s happening to the Foundation’s portfolio?

Our portfolio is predominately equity-based portfolio. There is no question that we are facing losses, but not nearly the same rate of losses that we would see if it was a traditional stock and bond portfolio, as opposed to one that also includes alternative investments. The economy is undergoing a flight to cash, with people dumping assets including bonds to get cash to operate. Normally, in a down market, when stocks decline, bonds increase in value. But last Thursday, March 12, there were record losses in both bond and stock portfolios.

Our strategy is more diversified. We invest in stocks and bonds and also in alternative strategies, including hedge funds for equity and credit. We expect our hedge fund investments will perform well in this market. When the equity market goes down, hedge fund portfolios typically don’t go down as much and sometimes even increase in value. Also, when bonds lose value in a hedged portfolio, they don’t lose as much value. Or, they increase in value.

That’s been our experience so far: we are not seeing the same steep losses in the hedge portfolios as in stocks and bonds. Instead of having only stocks and bonds in our portfolio, we have more levers that aren’t necessarily going down and, in some cases, are going up. We also use managed futures, which are traded based on trends in the market, to buy assets we already own and like at lower prices. If the market is going down, we sell these assets and then “short” them, meaning we buy them back when they cost less.

We also rely on market neutral strategies that tend to make money regardless of what the market is doing. For example, we have a health care hedge fund that, per current reporting, is doing well and is down only 2.5% as compared to the 20% declines we’re seeing in the stock market generally.

Would you say that the Foundation’s portfolio is doing well, considering?

We’ll know more when our next monthly portfolio valuation is delivered at the end of this month. As of Feb. 29, which reported on year-to-date performance through Feb. 28, we were down 5.5% as compared to the U.S. equity market, which lost 8% in the same time period, as measured by the Russell 3000 index.

That was prior to significant market declines. If we look at the stock market as a whole, year-to-date, the U.S. equity market is down 26.6 % through March 19 per the Russell 3000 index. Our current estimated losses of 15% are low comparatively.

What, if anything, are you doing differently now?

We are actively rebalancing our portfolio. Though we are continuing to be disciplined in investing toward long-term valuation and targets, we are selling some bonds, which is low-risk,  and buying some equity, which is higher-risk, because we believe that in the long term those riskier assets will bounce back and we’ll make money. This will put us in a better position than if we did nothing.

How are you protecting our grant-making assets to make sure those are in place to meet significant community needs?

We restructured our portfolio in 2008 to isolate our grant-making assets from the market. We now take cash out of our portfolios at the start of each year and set it aside for that year’s grantmaking and operating budgets. Placing those funds into cash protects them from changes in the market. In the past, our grantmaking assets were coinvested with our investment portfolios, which meant that we’d be pulling dollars out to make grants in a down market. Now we have three different funds that allow us to have certainty about meeting our immediate grantmaking commitments while also adjusting risk for the giving timeline of each fund.

The Grantmaking fund, as stated earlier, is almost like a checking account for the Foundation and operates on a zero- to two-year horizon. Those assets are in cash and based on a three-year rolling average of 5% of assets.

The Intermediate fund is based on a three- to seven-year horizon, meaning if you start a fund now invested in the Intermediate fund, you can expect that those investments will grow and be ready for grantmaking three to seven years from now.

The Legacy Fund is our longest-term horizon, which is meant to generate enough return that you can grants of 5% in perpetuity and bears the highest risk of our options. As such, it is the best option for assets intended to be invested for seven years or more.

How are each of those funds performing now?

We’ll have official reports in about a month, but what we’re seeing now is what we would expect in such market turmoil. The Grantmaking Fund is still making a return for our funds, the Intermediate Fund has lost some, but not nearly as much as the Legacy Fund which has the highest equity exposure. It should be noted that this was reversed last year. The Legacy Fund returned more than 15% through December, the Intermediate Fund returned more than 10% and the Grantmaking Fund more than 3%. So, in back-to-back years, we are seeing these funds do exactly what we would expect.

What does this all mean for grantmaking and spending policy going forward?

Our spending policy is based on a 36-month rolling average, meaning that, when we establish grantmaking amount every year for the Foundation and our donors’ funds, we look backwards at average monthly balances over the past 36 months. The grantmaking budget, or spending policy, is 5% of that 36-month average. This approach is meant to smooth out significant shifts in the market. Over the past three years, the market has been up overall, with averages rising over the previous 36 months. The beauty of this approach is that when we see sudden drop in value, we do not see immediate declines in grantmaking because changes are spread out over time.

The longer-term impact depends on how long and deep this decline turns out to be. In February, we looked at this issue for the Foundation’s assets in aggregate. We found that, if the Foundation lost 20% of its value from the end of February through September of this year, we would still see an increase in the total grant-making budget in 2020 and 2021 because our assets had increased so dramatically over the previous 36 months. Even with the losses we are seeing now, we anticipate that our 36-month average on Sept. 30 this year will still be higher than it was on Sept. 30 of last year. Of course, each fund will have its own experience based on how it is invested and the timing of the cash flows each fund has incurred.

Longer term, grant-making budgets will depend on how quickly asset prices recover. If the decline continues for the next year, meaning if our averages are lower next year than this year, we will begin to see lower grant-making budgets in 2022. Our spending policy means that we are delaying gratification, but also delaying the impact of this negative experience. If markets are flat, then we’ll see flat grantmaking in 2022.

Just as rapidly as the economy has been hurt, there is hope that the economy will recover quickly due to pent up demand. There is some thinking that the downturn could blow over quickly. We just don’t know yet. It’s much too early to tell and we’ll only really have some idea in early April when companies begin reporting out their earnings.

As a certified financial planner and client advisor at CooksonPeirce, Katharine Perry knows her way around a stock portfolio. She also knows what makes people tick. Her training in psychology and social work gives her insight into the deeply personal ways people approach financial matters and charitable giving. In this Q&A, we learn more about what motivates her as a wealth advisor.

Simple strategies to give charitably in volatile times.