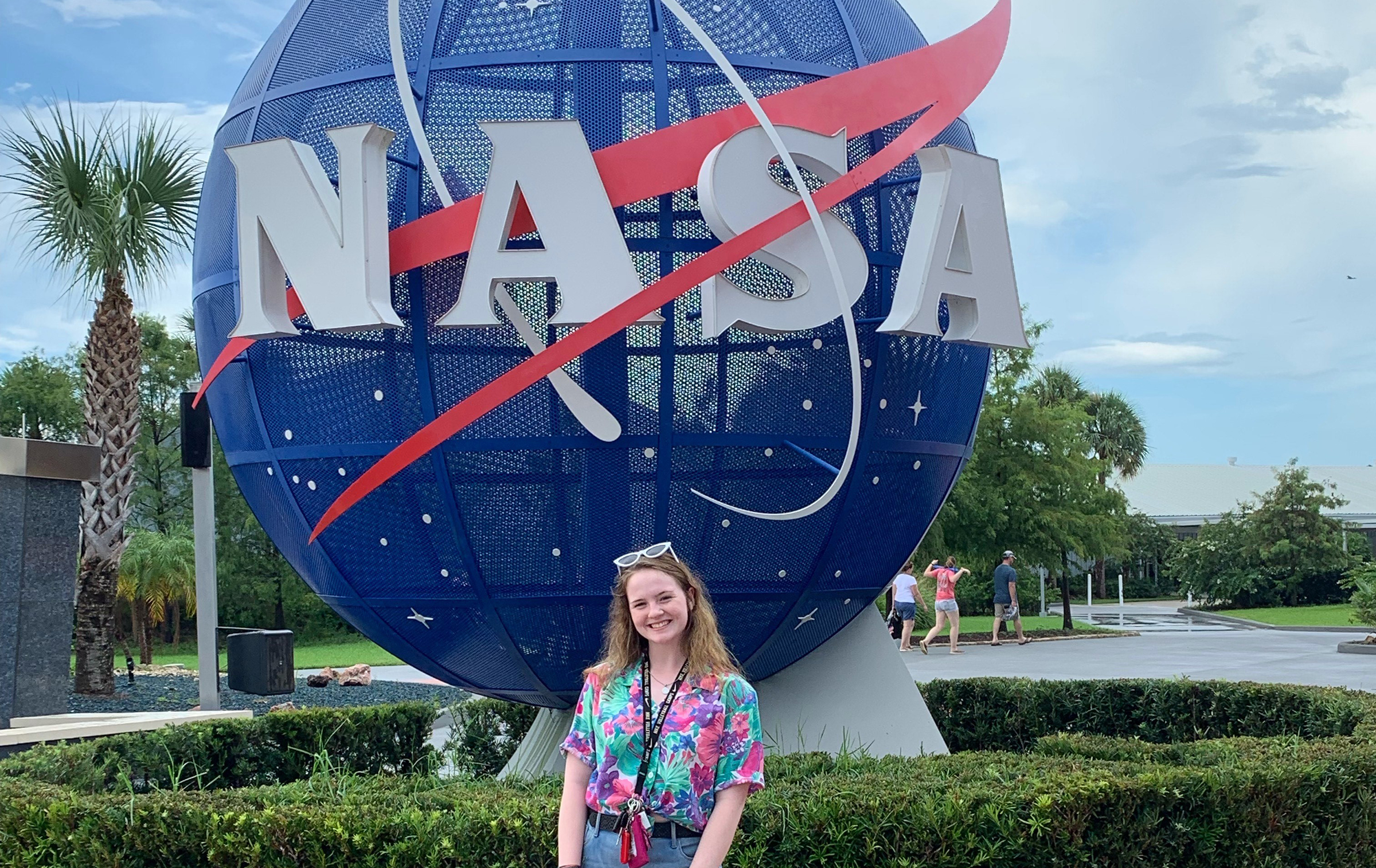 Greensburg, Pennsylvania, is a pretty small town, galactically speaking. That hasn’t stopped Greensburg native Megan O’Brien from dreaming of the cosmos. O’Brien, who graduated with a 4.0 GPA from Greensburg-Salem High School in 2020, says, “I love all things rockets, NASA, that kind of stuff.” After she receives her degree in mechanical engineering from Penn State University, she hopes to work in the aerospace industry on “quality assurance, testing whether things work, destroying things, seeing what needs fixed.”

O’Brien, who is spending her first two years of college at Penn State Fayette, has always loved subjects related to math and design. As a senior in high school, she participated in Kennametal Young Engineers, a class at Greensburg-Salem High School that uses independent group projects and a partnership with Kennametal to introduce students to engineering careers. Her group’s overarching project for the semester, she remembers with clear excitement, was creating “an automated battery-sorting machine that sorted batteries based on whether they were good to work.”

Although she just entered college last year, O’Brien is already planning for the future. “Ideally, I would make some connections through internships or co-ops,” she says, so that she can find a company she would like to work for by the time she graduates. She’s looking for internships among the growing swell of Pittsburgh-based space companies, from Jeannette-based Stellar Precision Components to the Strip District’s Astrobotic, which promises that “we’re in the business of getting you to space.” O’Brien says she was inspired by hearing Astrobotic’s CEO speak at a conference a few years ago. “He’s super smart.”

On the way to space, O’Brien will stop by an amazing destination: finishing one year of college debt-free, partially with the help of The Pittsburgh Foundation. “The scholarships I earned last year through the Foundation, as well as multiple other organizations, allowed me to achieve my goal of going through my first year of college without taking out loans,” says O’Brien. “I was basically getting paid to go to school this past year, which was super awesome.”

Given her success, what advice does O’Brien have for future scholarship applicants? “Have a good resume to submit to your scholarship applications,” she says immediately. And, she adds, “Being able to demonstrate what makes you a well-rounded person really helps.”

Mom's legacy lives at summits and on the ground through scholarships.