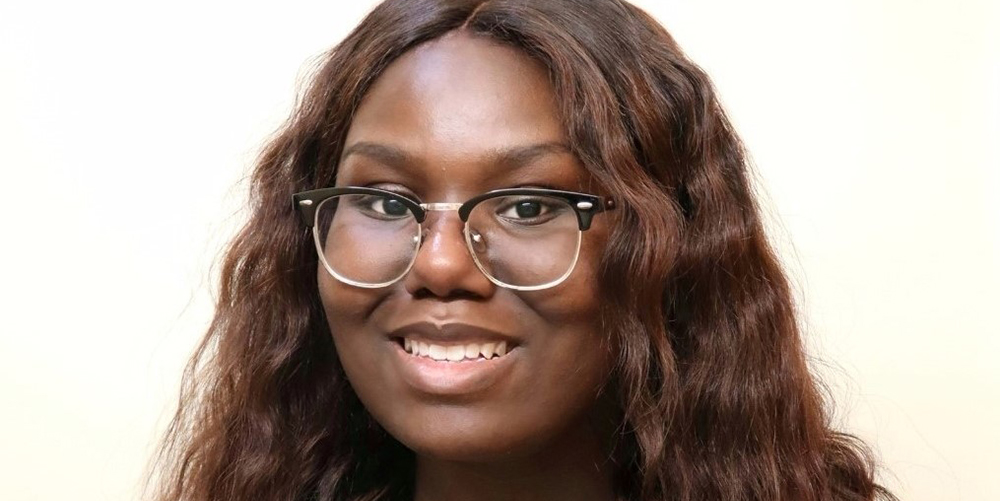 In 2019, Aeryn Lesesne, graduated from high school as the valedictorian of Pittsburgh Online Academy, a Pittsburgh Public School. Now she’s a secondary English education major at Point Park University. After she finishes college, Lesesne says she hopes to return to a district like Pittsburgh Public — but not as a student. “My aspiration is to make a difference as an educator.”

Among Lesesne’s inspirations is Dr. Shamika Crenshaw, the principal of Pittsburgh Online Academy. “Even though she is an administrator, she pushed all of us. She put us into AP classes. Even if we would go to her and say, ‘I don't want to do this,’ she would make us do it. Because of that, there are so many classes I don't have to take in college.” Lesesne says she thinks that “everyone needs someone in their corner like that, who is going to push them out of their comfort zone and have them do things that are going to help them further their career.”

While role models like Crenshaw have helped Lesesne think about the future, she’s always been a thorough planner. When she was only 14, Lesesne chose to attend Pittsburgh Online so that she could work more while preserving her Pittsburgh Promise eligibility. Lesesne was drawn to Point Park, which “had lower tuition at the time than a lot of schools in the area.”

Planning for the future also directed Lesesne to The Pittsburgh Foundation’s scholarships. The scholarship search website was “very user-friendly in the sense where you could go in and immediately understand it.” She also liked how targeted the scholarships were to the Pittsburgh region. “It felt like my odds were better,” Lesesne says. She has since won multiple single-year scholarships from the Robert L. Vann Scholarship Fund, the Vocational Training Fund for Girls and the African American Volkswagen Employees’ Scholarship Fund.

Lesesne recommends that students looking for scholarships cast a big net and make good use of the scholarship page’s search function. Because of the search function, she was able to find unexpected scholarships, such as the Volkswagen scholarship (her father was an employee there). She recommends checking carefully for opportunities and, when filling out applications, “Make sure you have strong answers where you're being honest and delving deep about yourself and your experiences.”

Lesesne’s preparation and thoroughness have paid off. She says that the scholarships she’s received from the Foundation have had “an absolutely tremendous impact” on her education. “I haven’t taken out any student loans. Before the scholarships apply to my tuition statement, I look at it and I'm like, ‘Oh, that's thousands and thousands of dollars I have to pay.’ But then the scholarships jump on and I haven't paid a dime. I know coming out of school, I can take jobs, that, even if they don’t have the best pay, will let me make an impact, all because I don't have to worry about making these large student loan payments.”

Lesesne wants to add one more thing: “Thanks, Pittsburgh Foundation! I don't have loans.”