The Ujamaa Collective: The Hill District and the uphill battle for expressionA local nonprofit celebrates and reflects on 10 years of fostering economic cooperation to benefit Hill District residents and artists. 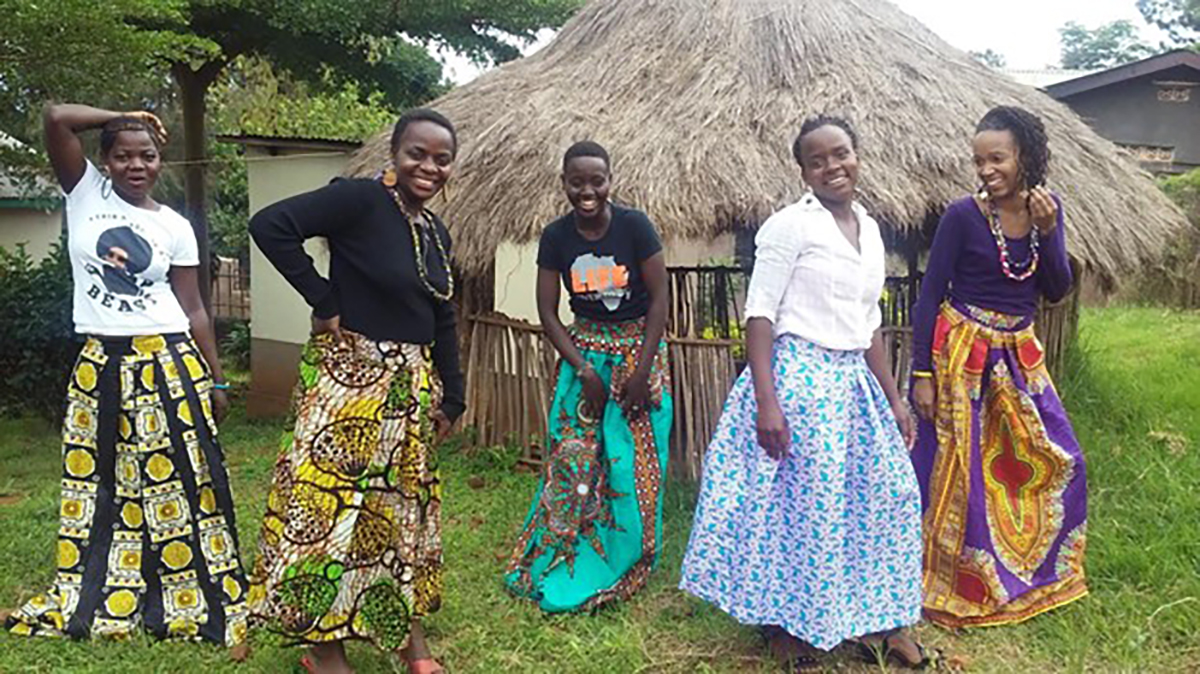 By Cameron Monteith
Cameron is a Communications Intern.

It was 2007, and despite Pittsburgh being hailed as an economic resurgence success story, social activists within the Hill District were fed up. The community, situated between Downtown and Oakland, had been subjected to decades of disinvestment. The lack of external funding crushed opportunities for Africana people — a term that local activist Lakeisha Wolf uses to describe individuals of African descent — to establish and grow their own businesses within the community.

In response, Wolf and fellow community activists — a long list that includes but is not limited to Celeta Hickman, Yejide Kmt, Bekezela Mguni, Kelly Parker, Gail Maa't Manker, LaVerne Baker Hotep, Raqueeb Bey, Erin Perry, Tia Baker and Terri Baltimore — established the Ujamaa Collective in 2008. Their idea: establish a framework through which Africana residents of the Hill District could collaborate and create economic opportunities for themselves. The makeup of the Collective was diverse in background and talents, which Wolf believes was instrumental in its creation.

“A lot of the founders had experience advocating against Black and gender inequity while also working in the healing arts,” said Wolf, who now serves as the organization’s executive director. “We wanted to emphasize that, if we were going to have a healthy and safe community and see Ujamaa become a reality, we had to build a community together through combining our perspectives and cultural paths.”

The Ujamaa Collective strives to advance conditions for Africana women by providing a fair-trade marketplace for cultural, entrepreneurial and artistic exchange. The nonprofit is based on the principles of cooperative economics, which promote self-reliance, the sharing of wealth, work and a commitment to generosity.

The Collective established its first store, a boutique, in 2010, taking the first steps towards the organization’s goal of fostering economic independence. With the nonprofit now marking its 10-year anniversary amid a pandemic and political strife, Wolf is reflecting on the progress she has made running the organization. While she is hopeful about the future, Wolf recognizes the obstacles that she has faced.

“The Hill has and is undergoing a highly politicized economic development,” said Wolf. “The neighborhood lies between Downtown and Oakland, two critical economic centers of the city and county. It is a hub of Black creatives and entrepreneurs, and yet the input of [people in] the Hill District has been ignored — with someone else making economic decisions in their own best interest.”

Black women within the Hill District remain one of the most affected populations by the continuing economic displacement. The team behind the Collective now offers Africana women several places to produce and sell goods, including the retail boutique, their creative classroom and pop-up markets. This is one way of offering an opportunity for expression and independence in a city that is so challenging for Black women. The 2019 Gender & Equity Report, produced by the Pittsburgh city government, concluded that the best thing Black women living in Pittsburgh can do to improve their quality of life is to move away.

“We have been citing outside resources like the 2019 Gender & Equity Report that showcases reasons why the cooperative seeks to uplift Black women within the Hill District and the larger Pittsburgh community,” said Wolf, ”but we also are the reality of those reports. It’s not just something we read about — it’s something we live.”

The Ujamaa Collective’s practices and products focus on connecting Americans to Africana cultures. The term “Ujamaa” itself has its origins in the African country of Tanzania. The term, established in the 1960s, refers to a system of village cooperatives working together to economically sustain the community. The idea is also one of the principles celebrated at Kwanzaa and it emphasizes the needs of the community over self-interest.

Wolf recognizes that the trans-Atlantic slave trade and its subsequent racialized propaganda severed many Africana individuals from their cultural and historical ties to West African societies.

“Those models of cooperation were an inspiration for doing business differently, which was also a part of the larger history [of the African diaspora] before America,” said Wolf. “We are focused on providing equity and self-determination outside a capitalist system that has historically exploited the needs of marginalized communities like the Hill District.”

In 2020, The Ujamaa  Collective was  awarded $100,000 from The Pittsburgh Foundation’s Grantmaking for Racial Justice Fund, which supports organizations operated by and for Black, Indigenous and People of Color. The grant has helped ensure the stability of the business and its mission.

Wolf measures the success of her achievements by her own standards. She is inspired by West African symbols like “hwemudua” in measuring her successes and fueling determination.

“We sell items and organize events but a lot of our work is intangible,” said Wolf. “The goal of Ujamaa is focusing on questions like ‘Do these women see their value in a system that doesn’t value them?’ Some months it’s an issue whether the bills will get paid and the lights will stay on. This project has never been about the money though, but the intangible progress we make like building solidarity and affirming power.”

“People who are not members can still be involved with the boutique,” says Wolf, “but because they haven’t financially participated, the benefit is a little bit lower. We are not-for-profit, but we still wanted to advocate for the opportunity of these economic models and to highlight the present examples of Black folks doing this work.”

Recent developments from the Ujamaa Collective have focused on building and expanding cooperation outside the Hill District, domestically and abroad. The organization focuses on the similarities between Africana experiences despite geographic or nationality differences.

“Our founding members have always included women who come from around the world,” said Wolf. “A young Nigerian woman came to us many years ago, alone in America. It was through the Ujamaa Collective that she was able to sell clothes she made and develop relationships with other women and immigrants. She continues to talk to us today even after she was able to make a steady home for herself here in Pittsburgh.”

The craftswomen of the Collective in the Hill District also work directly with craftswomen living in Tanzania, with whom they share designs and earnings. Wolf believes the relationship provides an important connection between the cultural identities of Black Americans and continental Africans, a connection that has been historically severed.

“Africana people have been in positions of needing to repair and heal themselves over centuries as we continue to face generational traumas in one form or another,” said Wolf. “To make someone a slave is to remove them from their culture, their language or their dress or their spiritual practices. This grappling of multiple identities through a double consciousness is the daily reality of African-Americans.”

The Ujamaa Collective is also seeking to establish relationships across the United States through the creation of the African-Centered Cooperative Research Project, which is beginning this year.

The goal of the project is to connect with Africana individuals and Black-led cooperative organizations to one another through an annual conference and social media. Through these opportunities, she seeks to introduce the cooperative model to groups unfamiliar with the ideas and increase communication among Africana-focused cooperatives already operating.

Wolf is excited at the prospect of the project, and the progress that has been made. She also recognizes the difficulties.

“In the work we’re doing now with the research project,” said Wolf, “we’re talking about cooperatives operating with multiple models and systems. All of them function differently in terms of how Africana people get together to meet mutual economic needs. Those models and systems and their functions might not always show up in the 100% pure definition (of a cooperative business), with different values being shared for the governance of the values and the work and the wealth.”

As Ujamaa continues to look ahead to the next 10 years, Wolf and the other members of the Collective remain dedicated to the pursuit of creating an economically thriving Hill District. They share an optimism for making the ideals of the Tanzanian cooperative model a reality in America by providing shared production space, group purchasing opportunities and inspiration to believe in what the possibilities are when we work together.

The Ujamaa Collective’s Fair Trade Boutique is open from 10 a.m. to 6 p.m. Tuesday through Friday, and 10 a.m. to 4 p.m. on Saturdays. More information about the Collective’s mission, locations and events can be found at the nonprofit’s website.