INSTINCTIVELY, COMMUNITY FOUNDATIONS are fiercely devoted to their local mandates. They are part of the regions they’re chartered to serve, and the boundaries of geographic reach and mission are clearly marked.

But increasingly over the past decade, when a major disaster has struck the territory of one community foundation, others have responded as if they were located down the block. Donors have been primed, institutional funds have been activated and back-office staffs have sprung into action.

In 2017 and into the summer of this year, The Pittsburgh Foundation provided those services as it extended its boundaries thousands of miles southwest and across ocean waters to respond to hurricane disasters.

Last August, the Foundation managed an emergency fundraising effort for the Houston region in the wake of Hurricane Harvey, which caused an estimated 75 deaths and tied New Orleans’ Katrina as the most damaging to a metropolitan area in the history of such record keeping.

The next month, the Foundation led a community giving campaign to respond to Maria, the second-deadliest hurricane in the modern history of the United States and its territories. That Category 5 storm ran directly over Puerto Rico on Sept. 20, causing several thousand deaths. Two weeks before that, Hurricane Irma, a Category 4 storm, skirted the island and knocked out the electrical grid. Disaster recovery experts estimate the total cost of recovery from both storms at $140 billion.

Even before Maria had dissipated, the Foundation’s systems and its family of donors were shifting into gear to respond. A total of $177,500 went directly to the Puerto Rico Community Foundation, including $50,000 each from the Foundation and The Heinz Endowments, another place-based philanthropy in the region. That seed funding led to another $77,500 in public giving.

“Community foundations give to other community foundations because they know those organizations have the deepest connections in the  territories they serve,” says Pittsburgh Foundation President Maxwell King. “It’s about having high confidence that the money is going to be put to the best possible use.”

Even so, the largest community foundations in the country can’t respond to every natural disaster. For example, the Foundation did not do an organized response to hurricane disasters on the North Carolina coast or the Florida Panhandle. The bulk of recovery efforts must fall to the federal government. King says community foundation staffs can offer effective support with experience working with government agencies in setting up emergency relief funds and managing them. Also, foundation donors often have strong connections to a specific geographic area or group, where there may be funds already established for disaster relief.

At the Foundation, the Puerto Rico Community Recovery Fund has been a long-standing account, enabling the Foundation to provide aid quickly after natural disasters. It was reactivated after Irma.

Houston’s community foundation has so far raised more than $114 million — $238,533 of which came from the Foundation — for its Hurricane Harvey Relief Fund and directed nearly all the money in grants to nonprofits that are providing recovery services to an area with a population of about 3.2 million. In sharp contrast, the Puerto Rico Community Foundation, which serves about the same population across the entire island, has collected only about a third of that amount.

To raise the profile of Puerto Rico’s community foundation on the mainland, where news coverage of the disaster has been sparse, Pittsburgh is coordinating an effort among foundations in the contiguous states to contribute communications and promotional assistance. 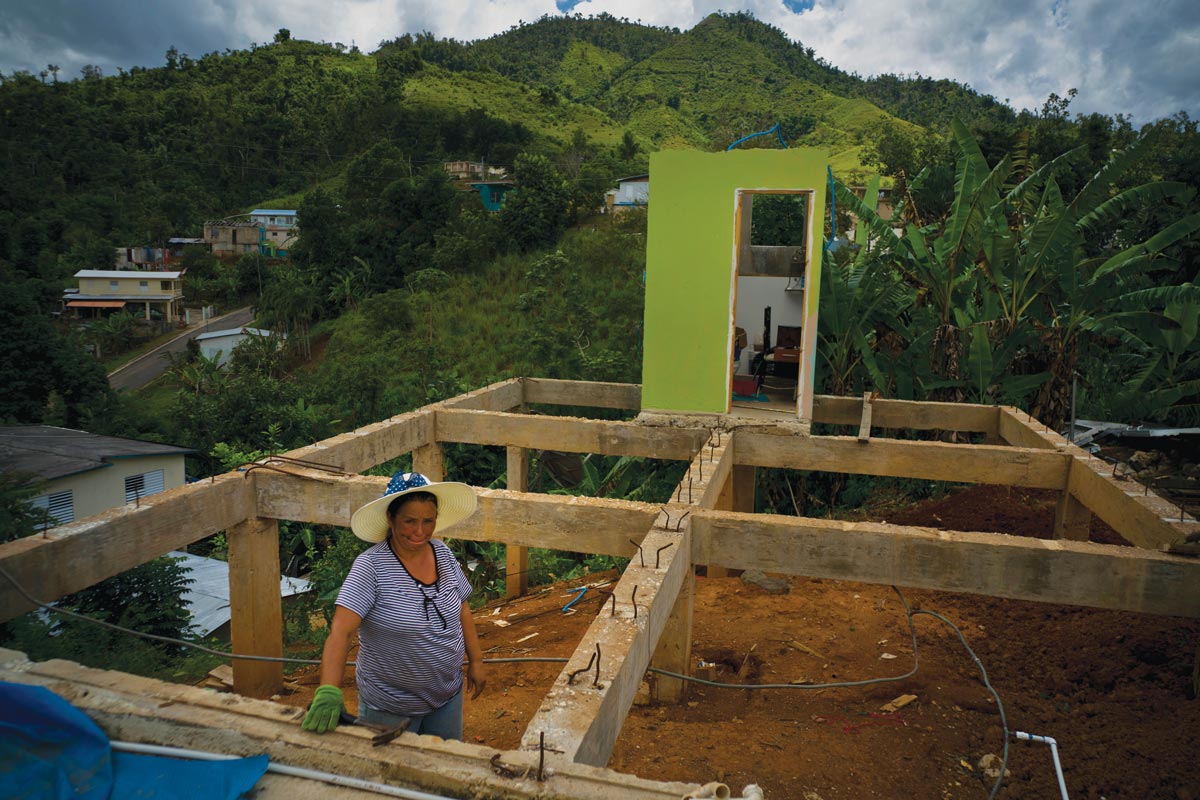 Alma Morales Rosario’s home was destroyed by Hurricane Maria one year ago in the San Lorenzo neighborhood of Morovis, Puerto Rico. It is now
in the process of being rebuilt.

At a March conference of CF United, an affinity organization of community foundation professionals in communications, development-donor services  and grantmaking, Puerto Rico Community Foundation President Dr. Nelson I. Colón said the opportunity to connect with the community foundation network on the mainland has been, literally, a life-saver.

“Even before these terrible storms, Puerto Rico had a terrible inequity issue leading to very high rates of poverty,” Colón told conference participants.

His foundation has established the Gift of Light and Water campaigns with the mission of ensuring that every resident regardless of economic situation has access to power and clean water. 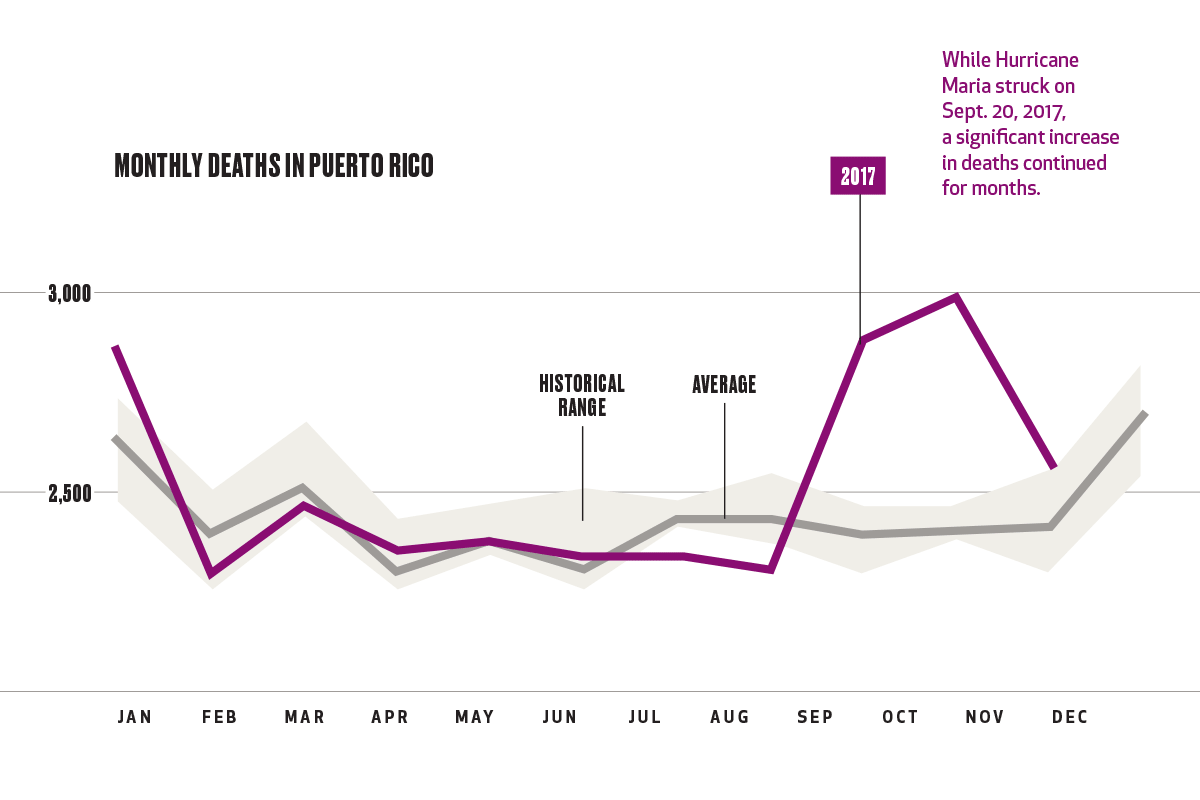 A top priority is to restore the network of 107 community health clinics on the island, many of which are the sole sources of health care for the most vulnerable residents in outlying communities. Since much of the island’s fragile electrical grid was upended by Maria, the goal is to provide alternative power sources, such as solar cells to ensure that emergency rooms and refrigeration units continue to operate in the aftermath of future storms.

As of this fall, about 24 clinics had been connected to alternative power at an average cost of $30,000.

“As philanthropic first responders, you are helping us connect with community first responders,” Colón said at the CF United conference. For The Pittsburgh Foundation and other place-based philanthropies, providing that service far beyond home territory honors the local mission.

File under Crisis Response   Giving/Fund Holders   Report to the Community

First we bind the wounds, then we...